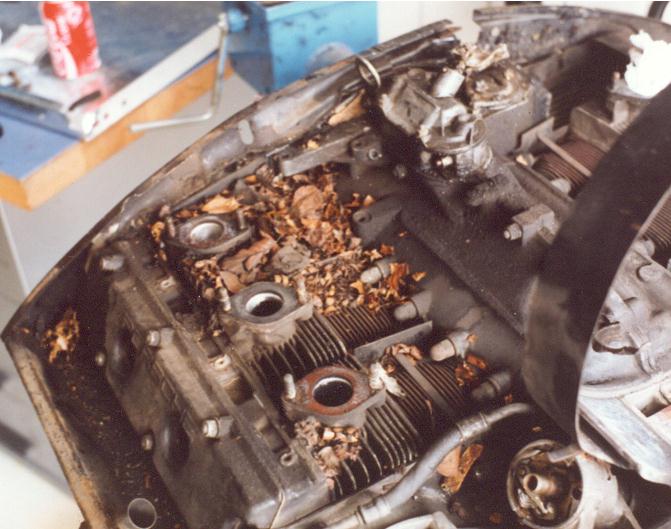 If your 911 motor does not run right and one cylinder seems to run warmer than the other, this might be the problem! This is a 2.4 motor out of my 72 car shown below. The car had been sitting for several months in Germany during the winter and a mouse had evidently found a home by crawling through the fan (round fixture at right) and made a nice winter nest.

I purchased the car and drove it for 9 months, never being able to figure out the problem. After giving up and buying an extra motor, I pulled this one apart and found the problem...  The front left piston and cylinder was ruined due to lack of cooling after it was covered with leaves and nut debris. A very expensive mouse!

This was in the Tempelhof Central Airport military auto shop. The TCA airport was where the Berlin Airlift was centered in 1948. 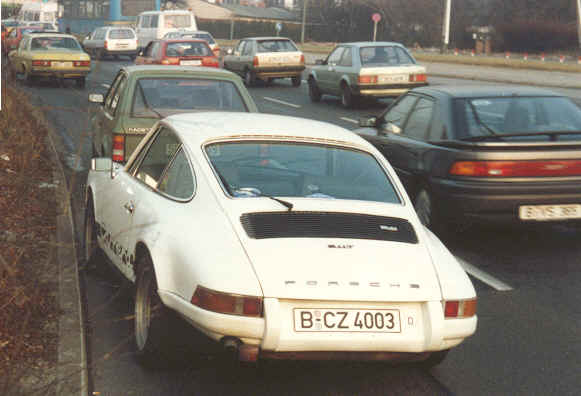 My 72 911 in Berlin Germany, around 1989. The green car in front has just pulled in front and hit my fender, thus the reason for this photo. This was my first 911 and remains a favorite. 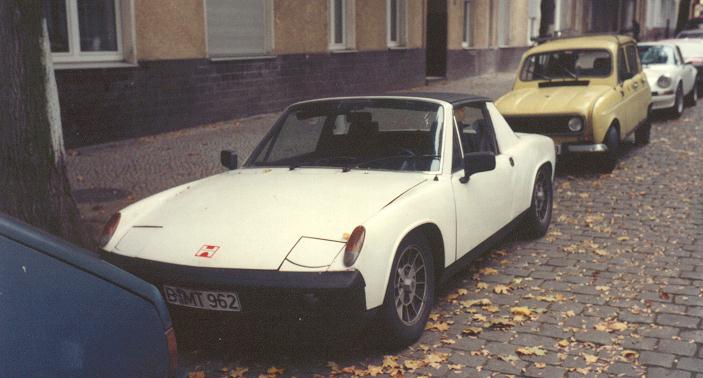 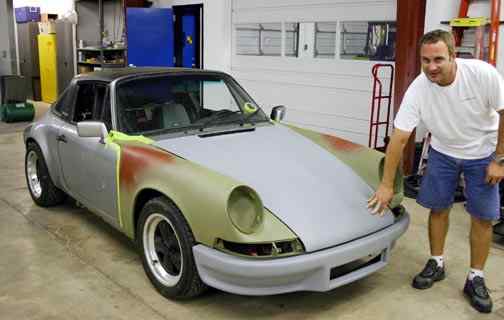 What I am driving now. Its an 85 911 Targa that is more or less stock but "massaged" in certain areas! This photo is of the car at Patrick Motorsports in Phoenix. I installed a 1990 3.6 964 engine in the car after the stock 3.2 got tired. Jim Patrick (shown above) took care of some problems I could not sort out as well as did a very excellent job of helping me "backdate" the car to look like a 1972 RS Porsche. It will look like the two cars below when i am finished.