If you like excitement, then jumping out of an airplane has to be one of the more interesting ways to have a good time! 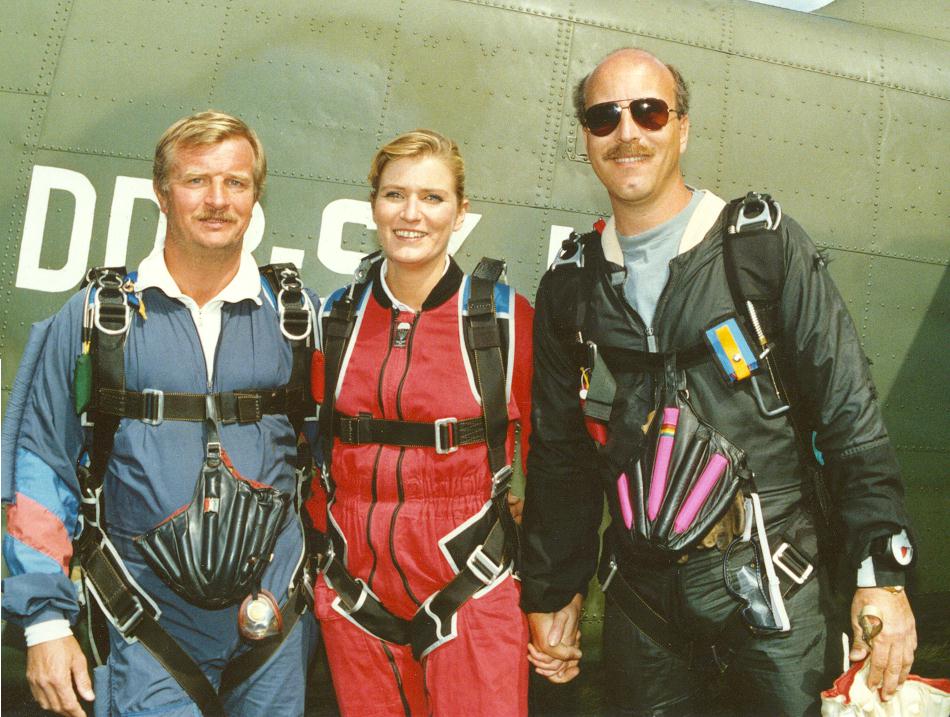 Parachuting is a very large sport in Europe. This was in East Germany (note the DDR registration on the airplane) just after the wall fell. The young lady in the center, Barbara Deubrecht, was one of the Flight Attendents for Tempelhof Airways, the parent company I worked for while in Berlin. She is shown doing her first parachute jump. The gent on her left side is the Tandem Master, who she was attached with while jumping. I jumped and chased them down to the ground. 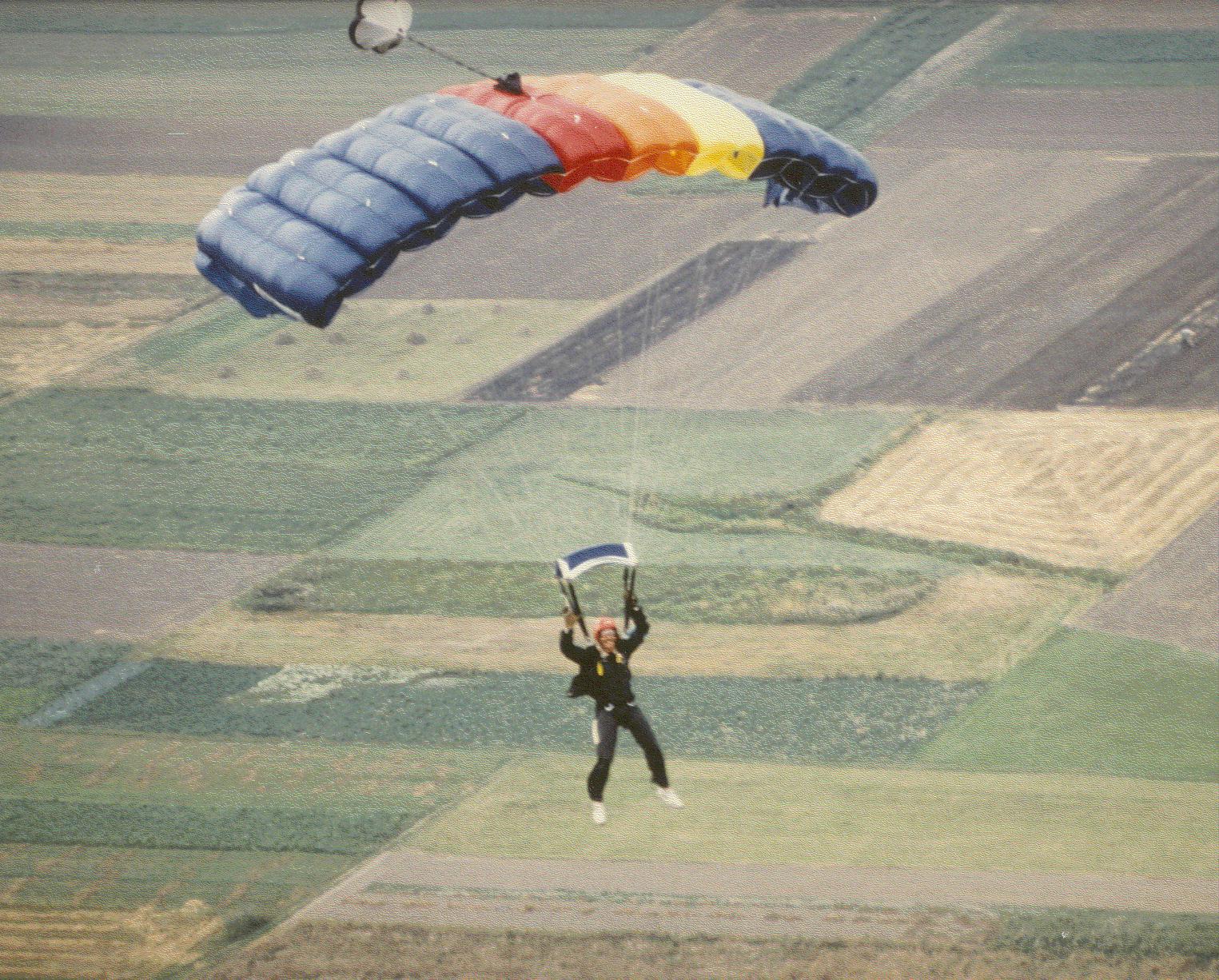 Blurry photo, but it was taken from a friend who had also just jumped out of a Russian military transport at around 20,000 feet, resulting in a free fall of 2 minutes plus. This was in the first "Polish Antonov Boogie" in Krakov Poland in 1989. There were only two Americans there, with the rest of the people being from Europe. 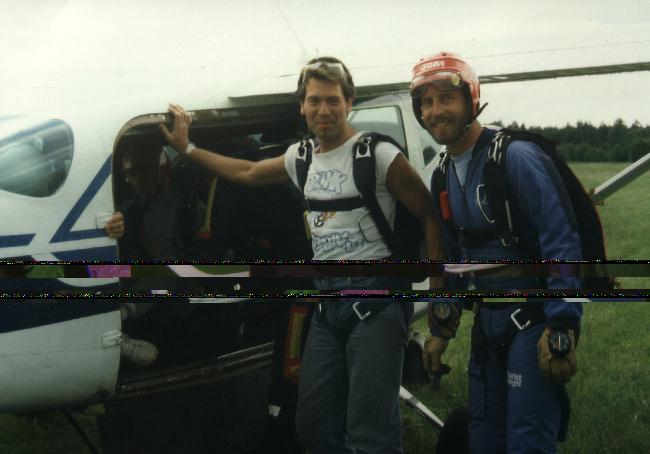 In Meissendorf, West Germany. 1989 or so, jumping out of a Soloy 206 Cessna with Stefan Sydow.

If nude bodies offend you, please do not look lower than this line. Parachutists have been known to have a good time and it does not stop when they strap on a parachute! Before you ask where I am, someone had to take the picture!